We've just released the first episode in our new Halloween-themed series, The Seven Districts of Sin! Check it out below!

Lilim is an auditor for the main Hell government. When her beloved Lord Lucifer tasks her with going to the Kumonoito District to investigate their governor for soul laundering, she has no choice but to obey.

Will little, naive Lilim be able to survive her stay at Kumonoito? Will she maybe find someone special? … Or will she just go right back to licking Lucifer’s boots? 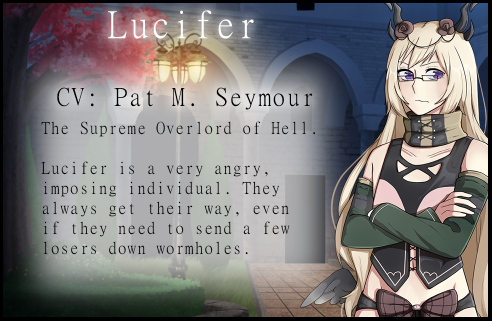 A sci-fi, yuri visual novel with a dollop of mystery.