A downloadable visual novel for Windows, macOS, and Linux

Three strangers are thrust into an unexpected situation together—they awaken only to find themselves on a spaceship called the Blossom.

A mysterious journey lies ahead of them; what misadventures will they experience over the next two weeks? 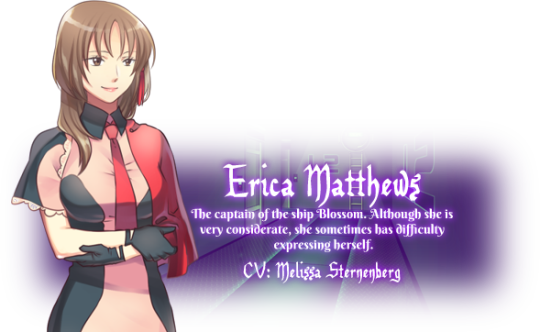 I'd pay for the game if i wasn't broke "sad react"

The game is amazing. The artwork is honestly very stunning. I've played Our Little Espace, too! I love the games you make :). I hope all the best for you guys <3.

I honestly love this game so muchh

Yes; this is actually the game Galaxy Girls is based on. Dharker Studio licensed it from us. :)

Game Been at Steam

one of the best free novel game I really love how matured the protagoniast is she make me feel like she is cool, calmed and attractive due to how mature she act throughout the scene.also two interesting character and they both  are a girl ,thank God it kinda rare to see mature protagonist get to romance girl especially with doctor she make an  interesting drama route which lead my sense of curiousity to play her route.This  novel deserve more attention than it have  and it free which I really super appreciate that and respected  your novel it awesome I would love to see more of your work similar to this kind of novel mature protagonist and hot yuri thing are awesome would definitely buy it .the protagonist keeping me excited to  want to go home quick and play this novel when I was at school sincr she is very cool and attractive just cant wait for her to get with doctor to become cute couple.it really good novel would love to see more of this kind of novel for real and thankyoh for making this novel

Thank you very much! We're glad that you enjoyed the game so much. We certainly try to make a balanced number of games with more mature protagonists (and also yuri, since that's our fave, haha). We have another yuri-only title coming out very soon, and with some luck, we may even release another yuri-only title a few months down the line, although it's probably a bit different from our usual stuff.

The art is gorgeous.. is it all original? The music is so calming, I could fall asleep to it happily.

Thank you very much. All of the artwork except for two of the backgrounds is original.

Thanks so amazing. What talent.

This was a good game, great story. I hope there is a second part :-)

Feel sorry for Sara, she needs to have a partner, since they will be on that ship the rest of their lives :-) Great job on this, the drawings and music were great.

We're glad to hear that you enjoyed the game, and thank you for the compliments.

Unfortunately, there most likely won't be a sequel of any sort, but we may very well return to the sci-fi genre in the future, with another universe.

It was a fun game with such a cool and fresh concept, but I was kind of sad that although I tried my hardest to end up with Sara, I ended up with the teenager, twice.

I felt like it was predestined at times, and that was a slight bummer, but the story was fun to play!

We're glad that you enjoyed the game.

Sara does indeed have two endings of her own. You can generally just choose the opposite choices from the start and get onto the other girl's route that way.

Cute game! I immediately played through two endings and now need to figure out what the other two are. ^_^

We're glad to hear that you've been enjoying the game.

I went back and found the other two endings. ^_^ I also made a walkthrough, and wrote a short review.

We're glad that you enjoyed the game! It's always great to see Let's Plays, too!

OMG. I love this game.

Simple but full of twist and mysteries plot. Very good and different endings.

Very good music and art style.  Its a bit short. Nut i think it wouldn't be so nice and replayable if it was longer.

Thank you very much! We're so glad that you enjoyed the game. Nowadays, we generally work in larger teams for our projects; it makes things quite a bit easier, haha.

I have played some games of BxB GxG and that stuff but the end was always quiet weak. The end of this game is just really good. I don't say perfect because the story seems to go around the same ideas three or four times, but anyways, the end is quiet strong, the story is very well-constructed and the lore of the game is quiet interesting. The only thing that I have missed is a little more of space for player decisions, but is ok.

With this, I don't want to say that is the best game of its kind but it does a really good job with the relationships. The weakest points would be, that Kotoha is very easy to get along with and that the player hasn't much choices.

Thanks so much for sharing your thoughts with us, and we're so glad you enjoyed the game. As BBB is our first title, we honestly weren't expecting too much of a reaction, but we're very pleased that so many people have enjoyed it. Hopefully, our future titles will be even "stronger".

This was a good read - especially for a jam.  Good work!

Is this PG-13? o3o Nevina (Fallingmist on DA) and myself are going to be hosting a PG-13 yuri-jam panel at Yurithon in Montreal this August (yep, we got permish) and we were wondering if it would be ok to demo your awesome game, if so. We've also contacted a few others so that the crowd can have a choice, or possibly if we have the time, we could demo all of those who say yes 8D

Yes, the game is PG-13. And yes, you absolutely may demo the game. Thanks so much for asking! :)

Thank you for the permission! <33

It's such a good game and it has so much potential it has me looking forward to Galaxy Angels (or Galaxy Girls as it's up on Steam). Perhaps it's because of how short the game is that the romance appears to be a bit forced (or maybe I just find the day counter rather disconcerting). Nevertheless, I enjoyed the couple of hours I spent playing.

It's easy to see why Kotoha would be the easiest ending to get, so of course I gravitated towards romancing Sara. It's always more fun when there's more difficulty and angst involve (all characters included, considering Kotoha's position). I was thinking of how Sara and Erica would build a relationship during their voyage and at the end of it, somehow, someway, the fiance finds a way to get to their destination and Sara steps off the ship and sees him, and what then?

I suppose that's already too wild of a leap considering the science of the games universe. Which brings me to my last point. I think, for me, the most interesting part of this whole game (yes, even more interesting than the very lovely, queer women) was the lore. I hope we get to see more of the science and history of the Blossoms universe.

Over-all, thank you for this game; I can't wait for the new one to be released!

I'm so glad to hear that you liked the game! And yes, Galaxy Angels had to have its name changed; although I was not informed on the exact reason, I believe it had to do with the fact that the title was one letter off from another series called Galaxy Angel.

It's nice to hear that you are interested in the lore. It was actually written out long before Blossoms Bloom Brightest's story was outlined. Where this was a Yuri Game Jam VN that was written in about 30 days (but had to be delayed due to the art assets), the lore was actually written for another title, with this title meant to merely be an introduction to the universe.

Now, I'm not sure if that title will ever see the light of day at this point, as the game's lore also seems to be the thing that bothers people most (in terms of those who disliked it). Even if we included a .pdf with explanations as to what all of the concepts were based on, I'd be afraid that wouldn't help. But, I am glad that someone enjoyed it, haha. I suppose I'll have to wait and see how Galaxy Girls does.

Thanks so much for playing!

Thank you so much for this game! It's awesome, we need more yuri games out there haha.  Will definitely be supporting your  future works!

Thank you for playing & for your continued support! :)

Awesome game. I wish it would be much longer with some more actions.  Because it feels like if the story ends when it statrs to be more interesting. Please make a sequel of it!

We're so glad you enjoyed the game!

While there isn't a sequel in the works, there is a remake with 3x the content that'll be released in a few months (http://store.steampowered.com/...). After that, there will also be some extra DLC episodes released for the remake, with one taking place before the game begins and two that take place after one of the endings. Depending on how well that specific release does, there may be more Blossoms games.

I'm glad to hear that. How much will the main game cost? Will it be free like this?

The remake will be a commercial game. As for the price, it will likely be somewhere between $10 to $15 USD.

Thanks for the info!

Hi! Im kind of new to all of this and have never played or downloaded a visual novel before and i cant seem to find any videos or explanations on how to open the game (that might just be because im bad at searching). Can anyone please help me?

If you're on Windows, you need to extract the .zip you downloaded with 7zip (or any other applicable program) and then run the file called BBBv1.exe in the BBBV1 (the exact name differs depending on which version you downloaded) folder.

Hi! Thanks for playing our first release!

Because there's already a paid guide above and we don't want to undermine anyone's purchase, we'll stick to only sharing a few tips to getting all of the endings.

- This is the easiest ending to get overall. Just be nice to her.

- You're almost guaranteed to get this ending on your first try.

- There is only one specific choice set that leads to it, so it's technically the most difficult ending to get. May take trial and error.

- You only need 3 affection points with her in the common route to get onto her route. Do not get any more than the minimum points needed. Focus on Sara after that.

- Don't raise her affection at all during her route. Be mean/rude/harsh/inconsiderate.

- This is the second most difficult to get ending.

- More than anything, be honest with Sara. But, you should also be nice and avoid making fun of her.

- Bad choices will lower her affection for you. Take advantage of this.

- Be nice to Kotoha and depend on her. Be rude and patronising to Sara.

Thanks very much.I loved this game and all the endings,especially the Sara´s bad ending. 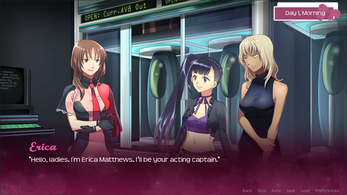 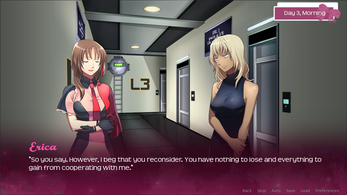 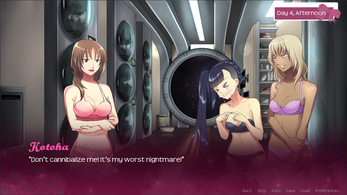 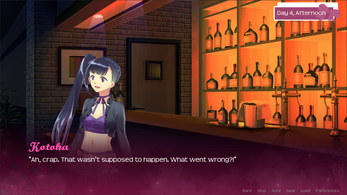 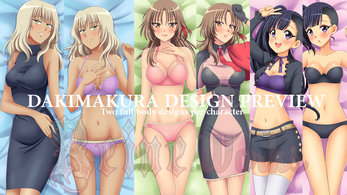