Mon-cuties started out as a small game jam project a long, long while ago. The idea was both simple and complex. We were inspired by things like Pokemon, Harvest Moon, and Rune Factory, but due to the limited power of Ren'Py, what we ended up with was nothing close to our original idea. So, that left us with two routes: either continue as we were and create a stifled, choppy game or wait and take the time to properly develop a game we can be proud of and players can get a proper experience out of.

Mon-cuties isn't dead. The current story line will be immortalized in a short comic anthology, in addition to the present build that those who've already purchased the game will continue to be able to download. But, we're also developing an entirely new story line based on our original idea, which is what we'll be developing the game with going forward. Of course, this will also be in an entirely new engine, and it's probably not what you're expecting, considering the original concept build. 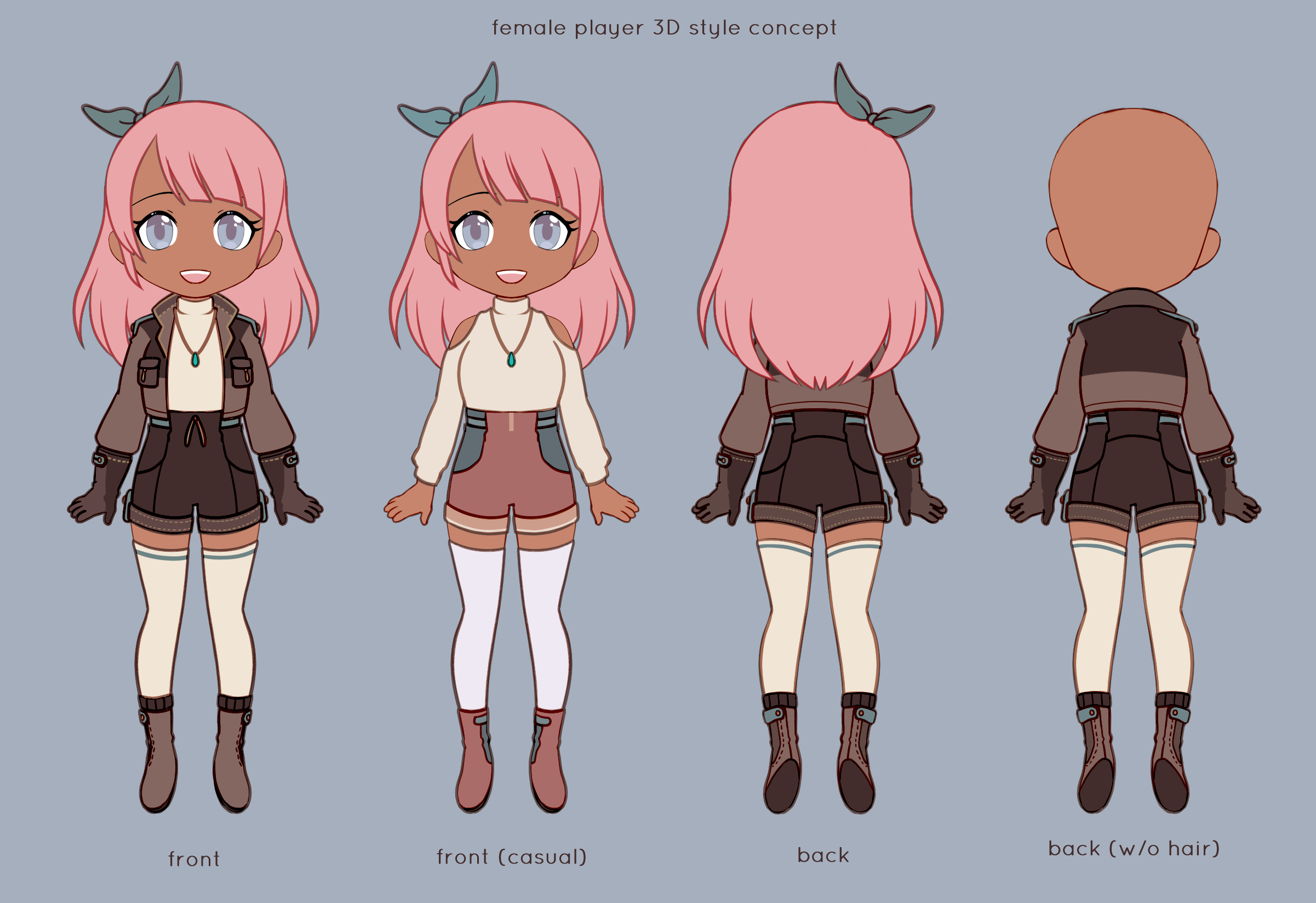 We've worked exclusively in Ren'Py for the past three years, but for Mon-cuties, we're going to venture outside of our comfort zone. The new version will likely be created in Unity or something similar. Needless to say, it won't be an easy or cheap venture. As such, we would like to play it as safely as possible with the game's development and will be adapting a unique work cycle for it, once it enters full development -- before which we'll be seeking the proper funding for a 3D monster raising/farming game.

In the meantime, we've been hashing out character and mon-cuties ideas, concepts, and designs. Below, you can see some of the things we've been working on. Some designs are finalized, while others are still in the works. This is only a small sneak-peek of what's to come. 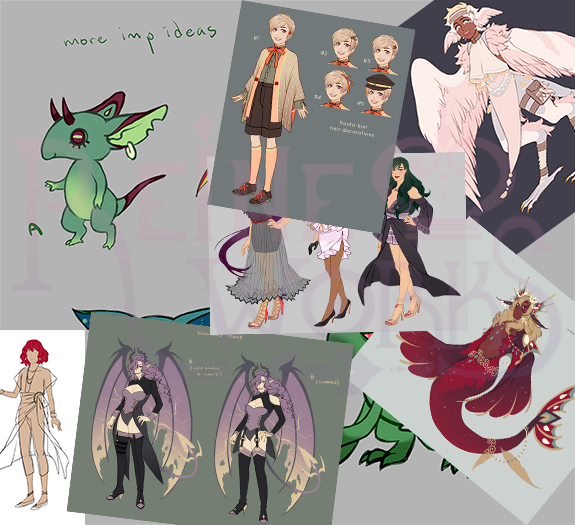 Will we go straight to crowdfunding? Most likely, but we may also seek initial/partial/full funding from a larger publisher instead. This is a question we'll only be able to answer sometime in 2020 at the earliest, as we'd like to complete our obligations with SSWK, MLC, OLE, and SDS before we dive headfirst into Mon-cuties.

As we move on from those titles, we hope to create more in-depth development logs so you, those who've supported us thus far, can give input on features, characters, and story lines. This also means, in the future, we'll be sharing our list of planned gameplay features and such. For now, we can say that we'll be aiming for more traditional farming gameplay, coupled with something of a "ranching simulator" experience. We would also like to implement a proper plotline, side quests/tasks, romance, and "family life" features, but these will almost certainly be pending funding.

If you've supported the game thus far, you'll receive the comic adaptation and final version of the game at no additional cost, of course.

If you read all the way through to the end... thank you. We hope to create a Mon-cuties we can all be proud of.

Starting a new chapter in your life, you move to a farm and enter the world of monster farming!